If you don’t know the name of Eloy, you are probably walking around Budapest with a closed eye. We had the chance to have a good conversation in a bar with the city’s most active throwup rocker.

We have this joke going on that we could use ELOY/km to scale distance, do you even count your hits?

Yeah, I usually count my hits at the end of the year, based on my instagram account. I usually do about 200 per year, and I think it’s still not enough.

How often do you go out to bomb?

I go once a week, and try to do as many as I can, on as many different spots as possible. 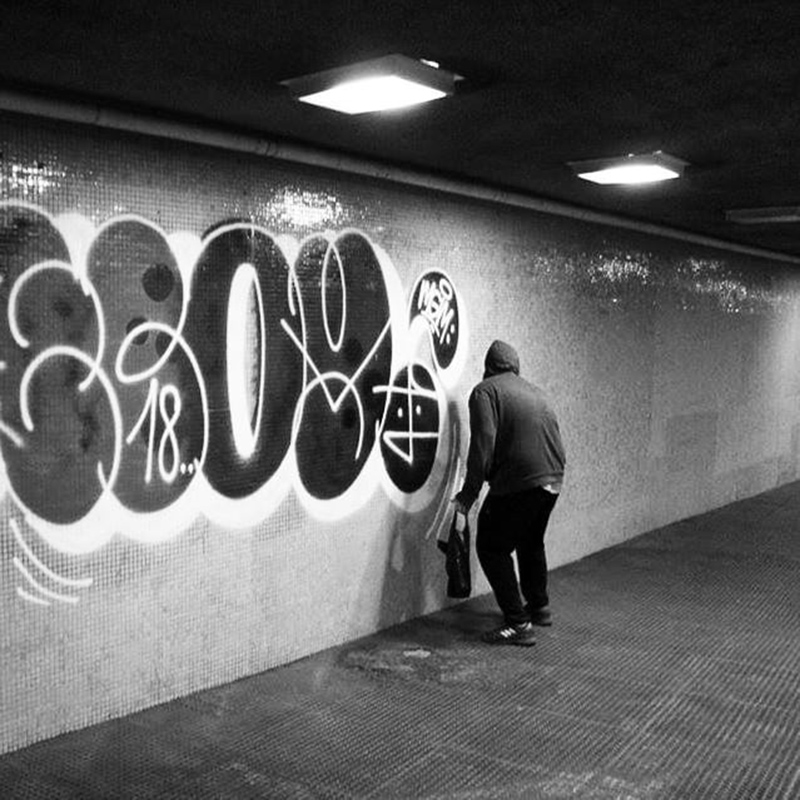 How did you end up focusing on throwups only?

I always went to do streets, and I just tried doing bubble letters because BAND tried to convince me. Unfortunately it didn’t come out too good, and I felt like this is really not the way I should go. I still think this is a hard style, and I think the same about good handstyles. I switched because I had enough of the fat outline pieces I used to do, I had this feeling like I’m just trying too hard. I seriously needed to think this whole writing thing over, I needed a reset of sorts.

That’s when I switched to a different name and then reinterpreted my graffiti. Right now I’m only interested in american and canadian street stuff, and some styles from dutch, french, german and american styles around ‘97-’98. 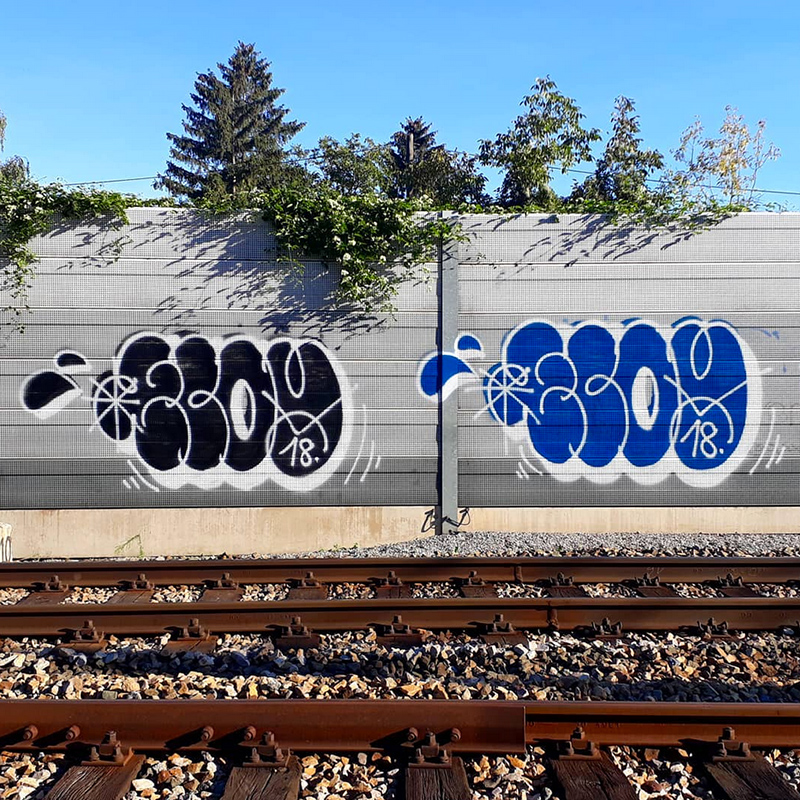 How long have you been
spinning this new name/style?

I’ve been doing these throwies for about 7 years, and going with the new name for 6.Unfortunately there’s less and less space to use. You can hit many places, but it takes time to find good spots where the stuff stays up for a long time without getting buffed. Also, it’s not my mission to hurt the public in any way, I’m trying to place my work without upsetting too many people.

After 6-7 years, how do you look back at your stuff before your throwie-era?

Well, I like a few, but I also really hate some of them. On the other hand, I have some pieces still up from 2001, and I love them, but only because they are old. I also think that while you need history, and you need to respect it, the mission still is to look ahead and go forward. You need to put everything in its place, and there won’t be any problem.

How much paint do you consume?

I usually use a full can for fill, I could do more sparingly, but I like my stuff decently filled. If I have time, I will also fill patiently with a skinny cap, so I can go bigger.

Are you focused on staying out of trouble, when choosing locations?

Of course! By growing older, I’ve developed a moral barrier, which makes it harder for me to find the right spot: it has to be visible, so those involved will see it, but I don’t want the average joes hurt. I don’t want my stuff in the news, that “someone caused damage again”. I do keep an eye out on the media, to make sure I know what’s going on.

Painting under the influence?

I never drink when I paint. The piece will be bad, I could get caught etc. so it only causes stupid shit. People I go out with usually respect this, and don’t get drunk when we go out to paint. I mean, 1-2 beers are okay 😉

I don’t understand those who only dare to go paint, when they are drunk. I need to have a clear head and focus on what I do and what’s happening around me when I’m painting. This is not Paris, when you can hit the shutters in daytime. You have to stop every time a car passes by. Sometimes I do a throwie for 2 hours. You can only work cautiously on the streets. Not even mentioning the camera flood everywhere.

Are you held back by cameras?

Of course. There were times, when the spot was so awesome I still had to hit it, but I was very cautious to cover my face so it won’t be visible if the camera actually sees what I’m doing.

How much time do you spend looking for spots?

That’s the hardest! The action itself can be 5 minutes in best case, but the real work lies behind finding the perfect spots. I’ve been walking around the city forever, looking for spots, memorizing them. If a good old place comes to mind, I check it on google maps, or just walk there to see what’s up with it, look around to understand the location.

I don’t believe in just packing my bag and go hit the streets, bombing random spots. Everything needs to be planned. Most of the time I have a list and order of places I’d like to hit, usually with the corresponding color selection. I use inverted colors for worse walls, because this way they’ll come out better. I learned this from a friend. Nowadays I usually go out on weekends, mostly saturdays. I’m not too motivated to go to the inner city, there’s too much buff. I prefer busy roads, mainly tram and suburban railway lines.

So you rather do 2 hours with pauses, than just hit and run?

Most definitely! I saw cops jumping out from Ford Ka-s. Better be careful, it’s not worth the risk.

Are you a good runner?

I had to run multiple times, mostly because of people I painted with. If you are careful enough, and plan wisely, you can forego awkward situations.

I’ve never been interested. I’ve tried multiple times, but the feeling never hit me. I’ve hit several of those in different countries, but mainly because of the people I was with. It might be a shame, but I’m the type of graffiti guy who’s only interested in walls.

Freights are an interesting option though, and I think it’s still an underrated option here. There aren’t too many good places for freights, and it also doesn’t help that many kids throw away their cans in the yards.

Unfortunately I can’t cope with them, because I have agoraphobia, but I think it’s a very cool thing!!

Once Budapest is done, what’s next? Smaller cities? Though we’ve spotted stuff from you in Athens too…

I’m not too interested in other cities, I’m mostly dedicated to hitting Budapest. I would really love to see more international artists visiting our city, specially street hitters.

Besides streets and activity, how do you define style?

I think there are two types of graffiti artist: One is a natural talent, who shakes out good stuff from his fingers, and the second one, who works hard for years to get to the pro level.
I look at lots of different graffiti, and some of my friends are horrified about some of my preferences. I look for consciousness in someone’s artwork. Also letters are my top priority.

The shape of the letters, the execution, use of colors and consciousness defines one’s style. It doesn’t have to be superclear, but everything has to be in its place. That makes a piece complex.
Technical experience is very important too. Very few people can actually use the fatcap right. 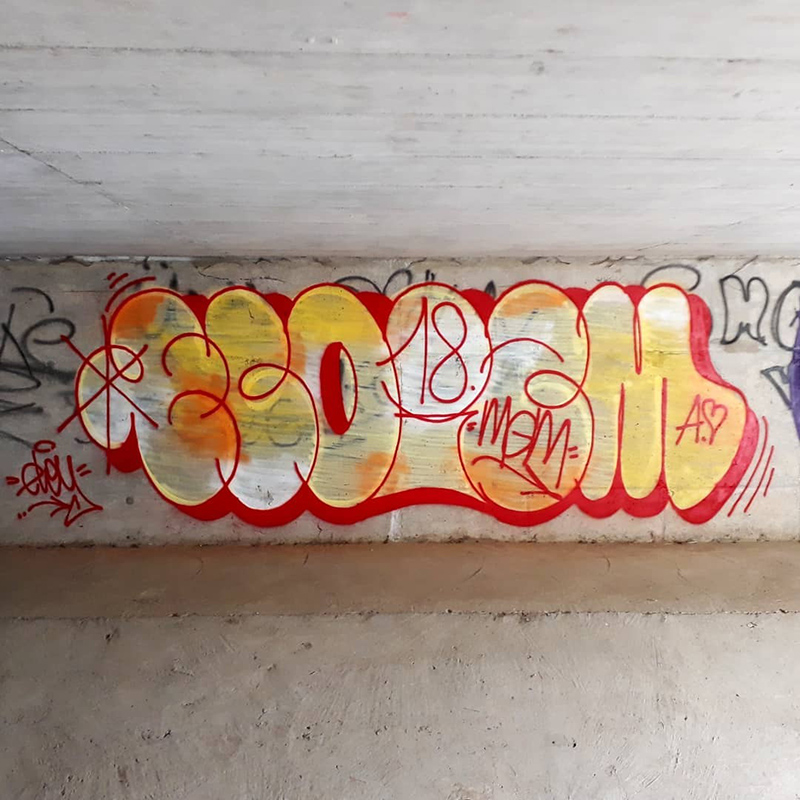 “Antistyle” pops up a lot in graffiti discussions. Do you think it belongs on legal walls?

The very criticised antistyle tries to recall the memory of the 70’s pieces. While I like most of them, I would never do that. Some of them are not enough for Hall of Fames, but then again, on legal walls everybody paints what they want.

How did you decide to go with younger cats, while knowing they can cause a whole lot of trouble?

Yeah, I saw something in a few kids that I later found they don’t possess. I try to be positive to everybody, but this usually brings disappointment. 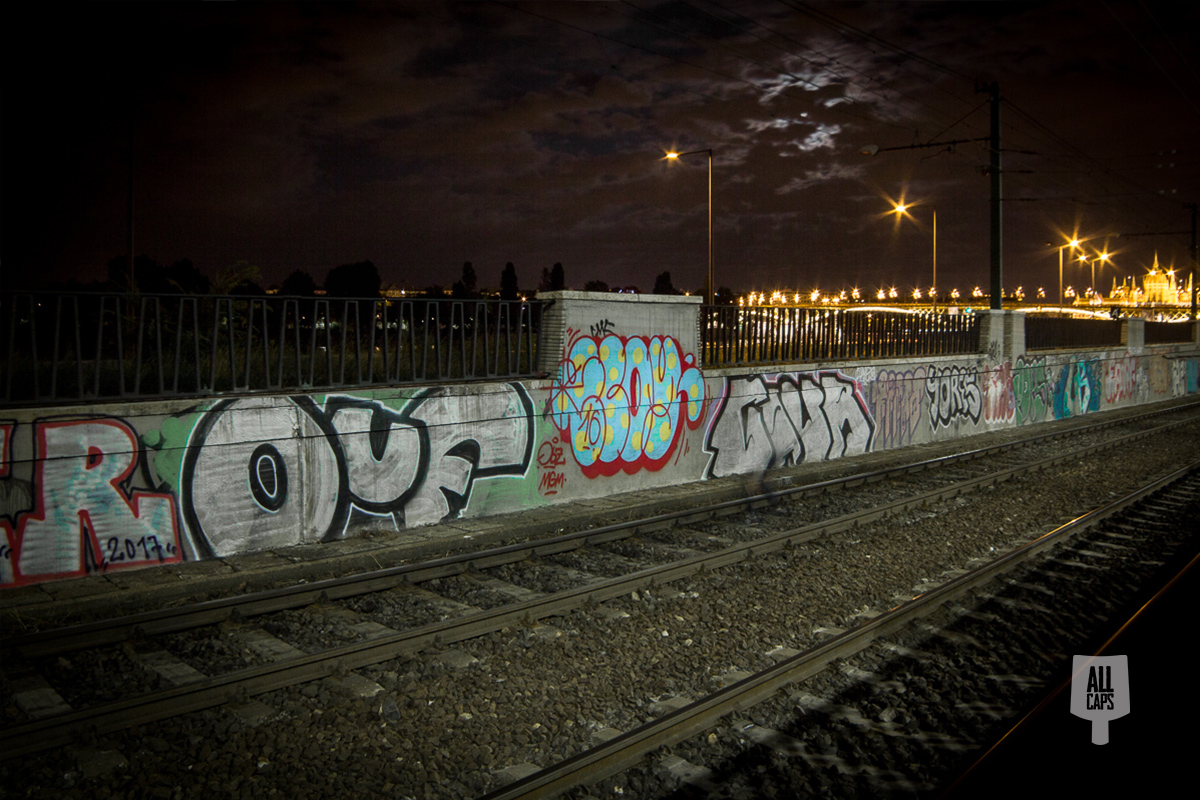 What uses up most of your energy? I mean, including painting, and the surroundings, what takes the most of your powers on a mission?

I try to plan my trips to have a day off the next day, because a tired day can ruin my whole week. Stressing takes up a whole lot of my time. Nowadays I usually go alone, so there won’t be any “it’s cold out there, I’m tired, I’m hungry, I need to take a dump” or any of that bullshit. I’ve heard many excuses and by now I’ve accepted it, so now I usually go out alone. Of course it can be harder this way, and it means more tension, while being out on my own in the streets.

Fatcap for fill, standard cap for outline. If the place is more relaxed, I will fill with skinny, but it also depends of the paint.

So with rocking 5-6 pieces a week, how do you see the activity of others?

There aren’t enough motivated people in Hungary, but too many heads who think too much of themselves…
I had times around 2004-2005 when i had 3 pieces in a year, in 2006 I haven’t even painted a line. Then I thought of myself as somebody who stopped. Nowadays some people think they are active, with piece counts like that. These are strange issues. One of my friends from Prague said he’s not active anymore because he only does 3-4 throwies a week. The scales are different.

Where do you think Hungary stands in the world of graffiti?

I think we’re currently nowhere unfortunately. I see styles from kids like they are looking for inspiration in 2005 stylefile magazines, while nowadays so many different styles can be found thanks to the internet. Respect to the exception. I look at this as a downturn, I hope, things will get better. We need more jams, and also workshops. Meeting Of Styles is a good idea, to bring many writers from around the world, and make them see that there’s something good going on here too. I mainly do my Instagram page to show foreign writers that it’s worth to visit Budapest and hit the streets. 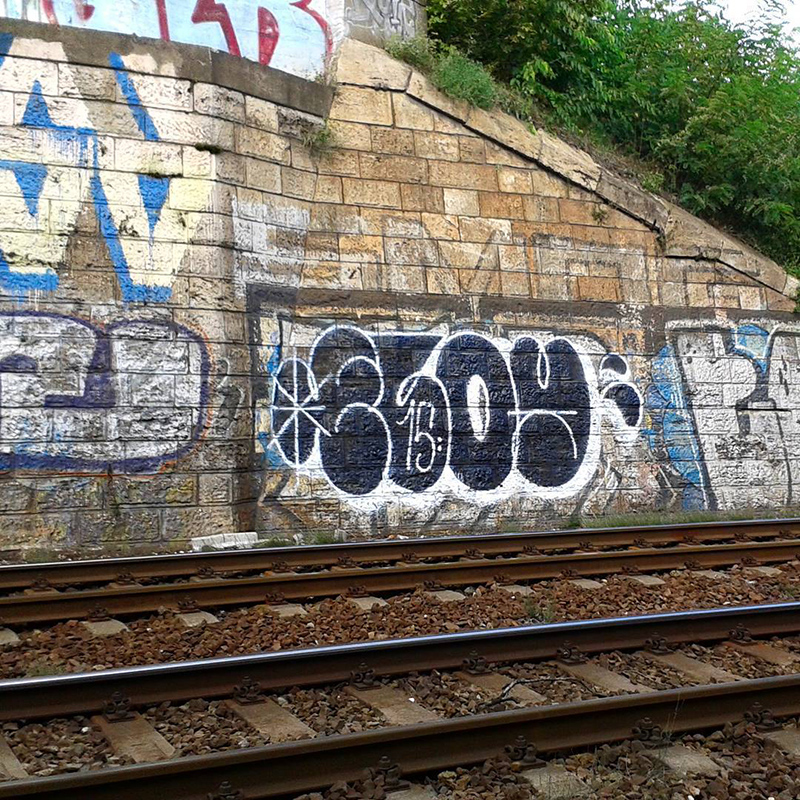